So it's been about 2.5 months since I started at Disney. The training has been really fun, and incredibly challenging. I haven't been at a studio where I can focus on Acting in a few years, so it's been a real treat! Although I've done some personal acting tests, it's not quite the same as being in that type of environment. When I got started at Disney, I began training with some of the Wreck-it Ralph characters. Those characters are fun, but also challenging! You can easily over-complicate a pose, using too many controls etc. Keep things simple, clean, and clear.

The latest shot I've been working on is a dialogue test with a character from Disney's "Frozen". When I heard I was gonna animate one of these characters I was pretty excited... I've had a rough time doing this shot. #1 They are human characters, so I felt a level of complexity had to be there, but it's not always easy to execute. #2 It was hard for me to find a way to connect with the line I ended up getting. I understood it, but I didn't quite connect with it (if that makes sense). I had my heart set on animating something else, so that could have played a factor in my lack of connection, I don't know.

I'm getting through it, and throughout this shot I've learned a lot of things. Some key things were:

1. Trust my instincts-
I began getting too wrapped up into what I felt the Sup's would want to see based on their feedback, rather than taking their feedback, and adding to it with my own flair.

2. Make sure the mechanics are right, even if the legs aren't in the shot-
I made sure I animated the legs in the shot, but through shifting things around, and seeing how the acting etc was playing in the scene camera, the mechanics slowly began to fall behind. I was getting lost in the acting, and forgetting to keep an eye on the fundamentals.

4. Don't move just to move-
Motivate your outward actions from within! Moving a character well isn't enough! If you can do that, AND show what's going on in a character's head that leads to movement, you're on to something... 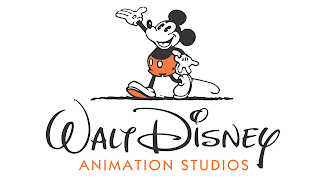 A few weeks ago, I accepted an offer from Walt Disney Animation Studios down in Burbank, CA. I can't wait to get started and learn as much as I can from these talented people. The first movie (not just animated), that I remember seeing, was "101 Dalmatians".  It was the first movie my mom got when we moved into our new house when I was a kid. I remember getting "The Lion King" as a gift later on, and I would watch those movies almost every day. Disney, played a big part in my being hooked on Animation and story telling. It's pretty amazing to think that I'll hopefully be a part of doing the same for someone else.

I'll post some cool news as it comes.
Posted by Frank Abney at 10:44 AM No comments:

A lot has been going on over the past year. I just recently finished up on "Tomb Raider" this past Friday, which has been a long road (2 and a half years)- for some it's been even longer... Outside of that there's been a lot of struggles, tough decisions that had to be made, and a lot of times where I've questioned my skill as an Animator.

I'm not going to write some drawn out post about everything, but I just wanted to get to saying that the animation industry can be a rough place to be in, try to get into, and even stay in. We're often judged and categorized based on where we've worked, or how many years we've been in the field, rather than the actual quality of our work. Some of us go through countless cat and mouse games with companies, before getting a chance to work for them, only to find out things weren't quite what they seemed. You see peers move up in their careers, and you try your hardest not to compare yourself to where they're at. These things are bound to happen in life, but when it involves what you really love, it's affects are different. It can really tear you down if you let it! Don't let it! Push through that and let those moments fuel your motivation. Nothing can keep us from growing as artists! Nothing, except ourselves...
Posted by Frank Abney at 5:04 PM No comments: